Frequency modulation, or FM, is a different method for encoding information in a radio wave. It offer much clearer audio. With the changes that the FCC enacted in 2021, CB radios can now have FM as a possible mode. AM is still the default mode for all CBs.

Until very recently, all citizens band radios broadcast only on AM frequencies. Now, all that is changing. In September 2021, the Federal Communications Commission (FCC) approved the use of FM mode alongside AM mode and single-sideband (SSB) modes on citizens band (CB) radios. Truckers and amateur radio enthusiasts are touting this change as the biggest one to hit the industry in at least four decades.


What Is a CB Radio?


The fundamental nature of a CB radio allows a radio operator to transmit signals in two directions instead of simply receiving them, as is the case with regular radio service. CB radios are very popular among truck drivers and motor carriers, with millions of users taking advantage of this technology to communicate between vehicles.


How to Use an FM CB Radio


Until 2021, the only types of CB equipment manufactured for trucker and consumer use in the United States were AM-only and SSB radios. Adding FM mode to these types of older equipment won't be possible, but there are plenty of manufacturers already creating new two-way radios capable of receiving FM signals.


Differences Between AM, FM, and SSB Mode


The primary difference between SSB AM and FM radio is a matter of power output, or spectral density. Modes change the way in which your voice is encoded in the radio wave. Each mode has pros and cons. SSB is the best for range, but the hardest to use. AM is the best for range at a slight cost of audio clarity. FM offers the best audio clarity, but will often have the worst range of the 3 modes. Think of your AM/FM stereo in your car. AM stations are typically used for talk-radio because clarity isn't as important as range. FM is where the music is because it sounds the best. It's the same situation with AM and FM modes for CB.

FM radio is different from both double-sideband AM and SSB. It has a larger spectrum than the usual AM radio, which means the power output is spread out over a wider bandwidth. As a result, FM CB radios don't suffer from the same sound quality issues as traditional AM amateur radios, even with the same watts output. Most truck drivers find that they have a better user experience with the new FM radios since they create only minimal static and make it easier to hear.


Now Is the Time to Invest in New Radio Equipment


As the FCC approves FM for CB, now is the time for truckers and amateur radio enthusiasts to start upgrading equipment. The change to citizens band radio service means that anyone with a handheld radio manufactured before September 2021 will be unable to transmit and receive FM signals.

Note here that it will, however, still be possible to transmit on AM bands or SSB bands with the right equipment. There are plenty of manufacturers with AM-only radios left in stock, so those who don't want to substantially change how they use CB radios can also purchase leftover goods at discount prices in 2022.

It's also worth noting that AM is still going to be the default mode for all CB's. FM and SSB are optional and will only be found on select models.


The Importance of Radio Location


As with everything in life, the switch to FM CB radios is not without its drawbacks. FM twoway radios are fantastic at transmitting high-quality audio over short distances. They're great for line- of-sight communications because the received power is sufficient and it's possible to sacrifice some bandwidth to get better quality audio.

When the transmission needs to cover a greater distance, sacrificing bandwidth can become a problem. The bandwidth is constrained, which means it won't always be possible to maintain consistent radio service between two trucks with changing periodic locations. In this case, SSB may be a better operating mode for personal radio services.


Some proponents of making the change to FM bandwidths cite the ability to use their radios with less need for volume adjustment as a deciding factor. Instead of having to compete with multiple users and static from interference, users will be able to send and receive much clearer audio to others nearby who are using the same pre-determined channels. That said, long-haul drivers who prefer to listen to all of the radio chatter instead of focusing exclusively on maintaining communications with only nearby users on the same specific channel will probably prefer continuing to use AM channel 19.

Channel 19 has long been the one most frequently used by truckers despite the fact that there are many others open to use by everyone. Selecting a channel on FM radio will work differently as a result of the wider bandwidth options and truck drivers will need to pre-select frequencies before being able to begin two-way communications.

The addition of FM radio capabilities will not change the FCC's regulations regarding AM channel use. Truckers should still stick to channel 19 for east-west highway traffic and channel 10 or 21 for regional roads. HAM radio and amateur radio users are welcome to use any channel between 1 and 40, bearing in mind that channels outside of this frequency range are not for open use. The federal government, US military, and Civil Air Control are still assigned AM radio frequencies, as is the Business Radio Service. Ordinary users still cannot transmit via these frequencies.


How FM Got Added to Citizens Band Radio


There have been plenty of examples of FM bandwidth use in CB radio history, just not in the United States or North America, more generally. Cobra has been fighting for the addition of FM to CB radios for years, but it was only in August when the company was joined by President Electronics that the FCC reconsidered its stance. It issued a memorandum opinion along with an order of reconsideration last August and officially reversed its FM ban in September.

The eventual decision made by the FCC was influenced by its recognition that adding FM capabilities to AM CB radios won't substantially change how they operate and will improve user experience. Amateur radio operators and truckers will still be able to use older equipment to transmit via AM and SSB, and will only need to purchase FM-capable mobile radios if they are interested in sending and receiving signals via this expanded bandwidth.


Still wondering how the FCC's decision to allow FM transmissions on CB radios will impact everyday use? Here are a few answers to others' most frequently asked questions that could offer some clarity: 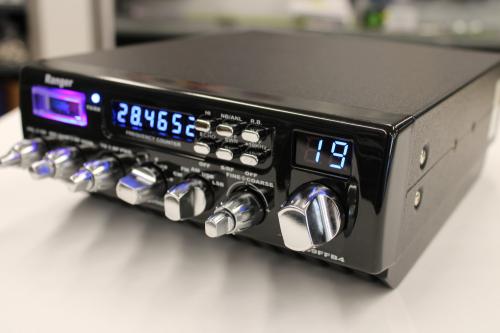 RCI69FFB4 - The most Powerful Radio on the Market. 400 Watts Modulation SSB 10 Meter Radio We DO NOT recommend a magnet mt antenna UPDATED 2022 - Faceplate is BLACK, no longer chrome. 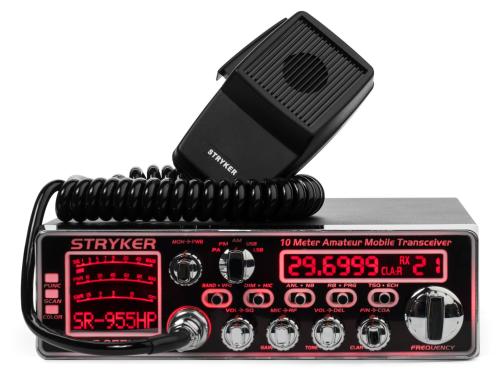 SR955HPC - Do You Want A Stryker With ALL The Features? This is it! AM / FM / SSB modes. Fully adjustable echo & talk-back controls. 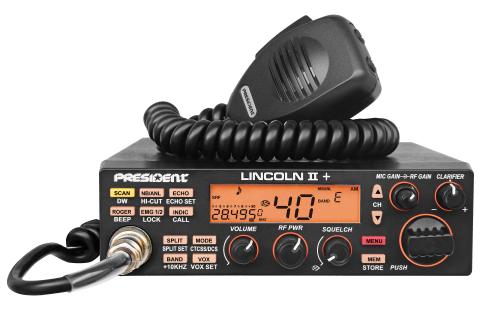 LINCOLNII+ - Smaller In Size - Loaded With Features! Amazing SSB Performance Out Of The Box. Catch the band openings with this rock solid stable mobile radio. 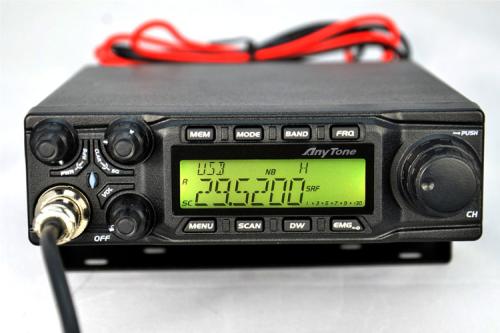 The Anytone AT-6666 is a full featured mobile with FM,AM,USB,LSB,PA modulation mode. 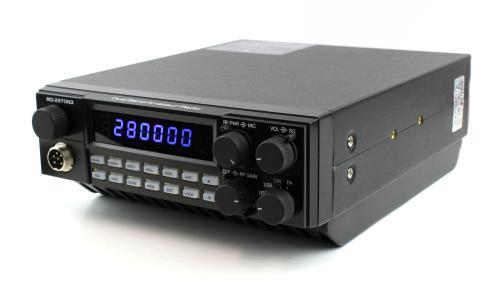 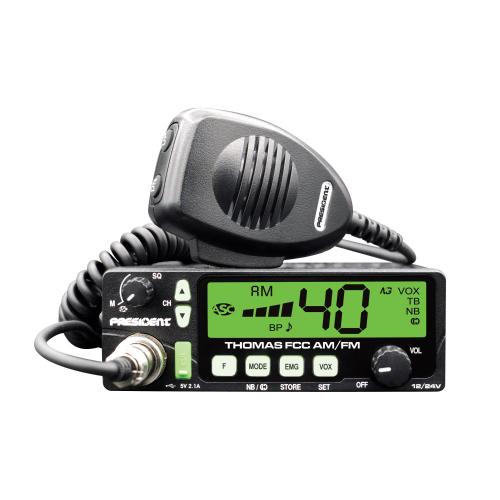 Super compact AM/FM CB radio with USB Jack the first of it's kind! 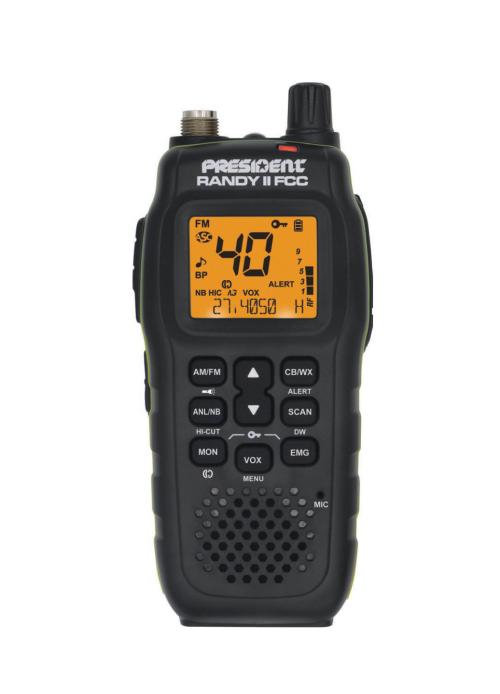 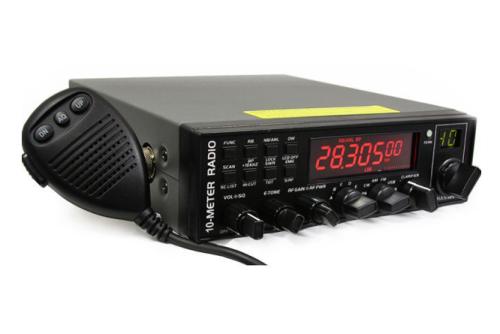 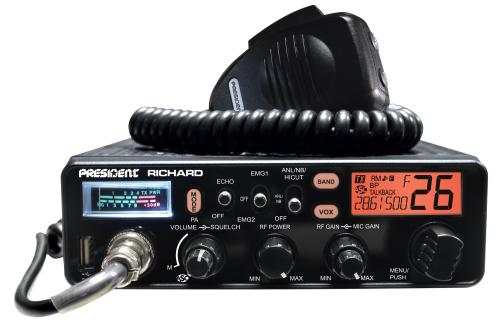 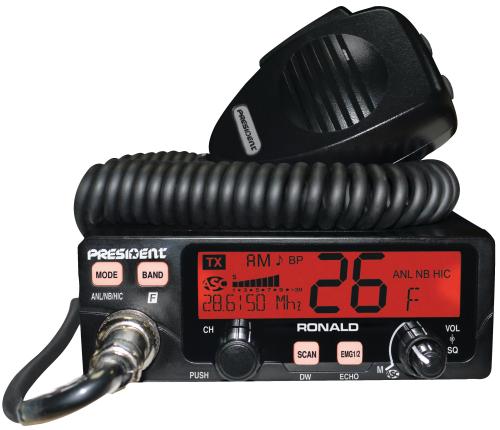 RONALD - Get Over 50 Watts Of Power In A Super Compact Package! Ideal if you are after the performance and a large display, but don't want to deal with a large sized radio. 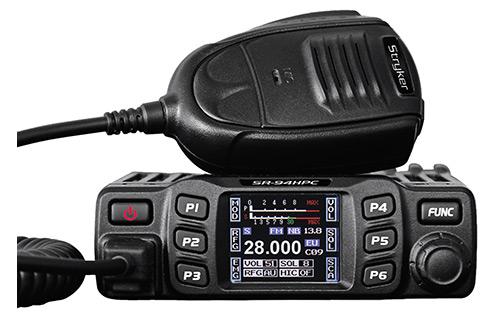 SR94HPC - Stryker Radio On Your Wish List But Not Sure If You Have Room? Take A Look At The SR-94HPC. Small in size - LOADED with features. 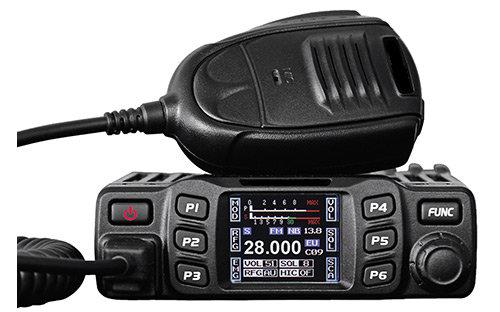 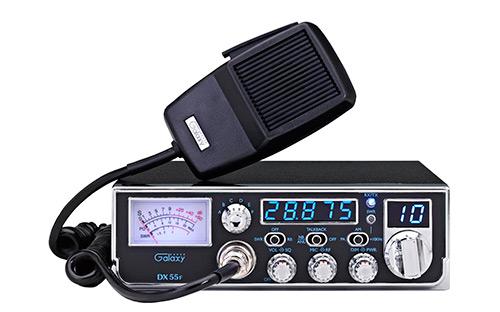 Backordered - No Date AvailableThis item is backordered from the manufacturer. We do not have an expected in stock date at this time.
$24995
$269.95 Save $20.00

DX55F - New Version Of The Galaxy 55, But With A Smaller Case Size. Simple, no frills operation. Blue lights with dimmer. 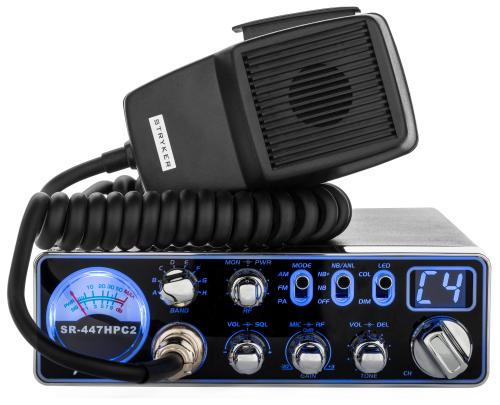 Backordered - No Date AvailableThis item is backordered from the manufacturer. We do not have an expected in stock date at this time.
$29995

SR-447HPC2 - The Little Brother Of The SR497 Is The Stryker SR447HPC2. Small enough to mount in the limited space most trucks now provide.

A CB radio is usually AM. However, the FCC also recently approved the use of FM transmissions, which should be coming soon.

Can I Use FM on a CB Radio?

You can use FM on a CB radio only if it is equipped to send and receive FM transmissions. CB radios manufactured before September 2021 when the FCC approved FM transmission use are not FM-enabled.

What's the Difference Between AM and FM on CB Radio?

The difference between AM and FM on CB radio is that AM tends to pick up interference and background noise, while FM focuses only on the strongest signal. As a result, you will only hear one voice in the cab at a time on the FM band, but it will be clearer.