Back to Technical Help 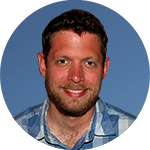 Over 18 years of hands-on experience with CB radios and installations.

CB Radio is a subset of radio frequencies and regulations designed for general purpose use by civilians. Originally up until the 40s, CB Radio channels and frequencies were part of Amateur Radio (known as ham). CB radio is unique in that it can offer voice communications over short-medium distances without the need for expensive equipment or accessories, a license or in-depth knowledge of radio operation. Perfect for everyone driving professionally such as truckers, hikers and more..

In the United States, the CB Band Radio Service, or Citizens' Band ("CB"), known as the Class D Citizens' Radio Service before 1976, is one of several personal radio services defined by the FCC's Part 95 rules. It is intended to be a two-way voice communication service for use in personal and business activities of the general public, and has a reliable communications range of several miles, though the range is highly dependent on type of radio, antenna and propagation. Class A and B are no longer in existence (the frequencies were folded into the GMRS radio service).

The FCC limits the transmission power of all CB radios to 4 Watts. No matter if you have a Cobra, a Uniden or a Midland device, they all output the same power. The allowance for CB Radio is on the basis of it not interfering in any other radio operation or frequency band. While imported CB radio devices from abroad can broadcast to frequencies, It is usually illegal and it is easy to identify and enforce punishments for using them.

Similar radio Standards exist in many countries around the world. Frequencies, power levels, and modes (such as FM, AM and SSB) may vary from country to country, and usage of foreign equipment may be illegal. However, many countries have adopted the American frequencies. In Canada,Their CB has the identical frequencies and modes as the United States "Citizen's band", and no special provisions are required for either Canadians or Americans using CB gear while traveling across the border.

In Europe, the CEPT adopted the North American channel assignments, except that FM is used instead of AM. Some member countries permit additional modes and frequencies. Germany also has 40 unique channels at 26 MHz for a total of 80. Before CEPT, most of the member countries used some subset of the 40 USA channels. New Zealand and Japan have unique allocations that don't correspond to any other country. Using radios outside their intended market can be dangerous as well as illegal.

Or, how does it work?

Radios have been around for nearly 150 years, and operate on a set of simple concepts a radio emits an invisible wave of energy.

The frequency is by how many times the wave goes up and down in a given second. That unit of measurement is called Hertz, or Hz for short. CB radios operate on the megahertz - MHz range, meaning hundreds of thousands of waves every second.

So how can we make out audio and other data through those waves? Through modulation.

Over the years, many different modulation methods were developed, but of them, the most common for CB radio and radio in general are FM and AM.

Modulation basically means taking a basic radio wave at a given frequency and playing with it.

While keeping the frequency the same, we can for example increase the amplitude, meaning make the high point higher and the low point lower. Radios transmitters know how to receive audio from a microphone, and translate the vocals to different amplitudes on a given frequency. On the receiving end, any radio listening to the same frequency can translate that wave back to audio and output it to speakers or head-sets. That method is called Amplitude Modulation - or AM in short.

Another way of encoding audio in radio transmissions is called Frequency Modulation - FM Instead of altering the “Height” of the wave, the transmitting radio alters the spacing between high points and low points. This is one of the things that are easier to show than explain -

While there are differences, and advantages to both modulation methods, it’s important to note that CB Radio in the US and Canada operate solely through AM. But in different parts in the world, some countries may utilise FM and AM transmission in different ways.

Looking at Audio quality - FM has an advantage. Since physical barriers and other interference can cause changes within the wave, such as changing the amplitude. That can cause static noise. In FM, since we are only modulating the frequency, changes in amplitude don’t affect the audio decoded at the receiving end, so the result is much closer to the original.

On the other hand FM is more susceptible to other types of interference by terrain or physical barriers. AM enjoys a longer potential range. Since AM takes less bandwidth to operate, there are many more AM channels on any given frequency, and it can operate with less power.

That’s one of the main reasons CB radios use AM. With certification of only 4 watts, a relatively limited range of frequencies and the need to communicate in a long range. CB radios are surprisingly effective devices thanks to Amplitude Modulation, especially on the open road

CB Radio offers 40 channels operators can choose from, with only one of them - 9 is reserved for emergencies. It is expected they are kept open if you don’t have anything meaningful to say CB Channels operate on frequencies between 25.165 to 28.755 Mhz which are then sorted into the 40 channels and their different bands for convenience. Within the 40 cb channels, some have specific purposes. While mostly not legally enforced, other operators will not take kindly to misuse of those channels. Specific channels include 9 for emergencies, 19 for mostly truck drivers going east/westbound, 17 north/southbound and many others. The full range is in the table below. 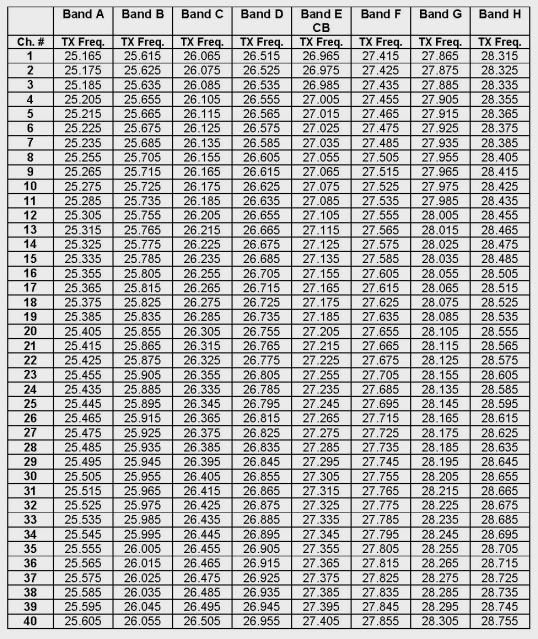 While serving similar purpose, there is a distinct difference between CB and amateur radio The Basis on which CB Radio is regulated by the FCC is for it to not cause interference in any other frequency band as much as possible. For that purpose only CB radios which output up to 4 Watts of power are aproved. Amateur Radios - or ham radio as most people refer to it, are much less limited and can generally output in up to 1500 watts, allowing long distance communications.

While ham radio is seemingly more powerful, ham radio users are required to pass a test and get their license. Up until 2005 that test even included morse code. Nowadays it is easier to pass the test, but still too much effort for most users to do compared to the relatively plug-and-play CB radio.

Ham radios are much more complex and proficient users can modify their systems for all kinds of uses. Technically ham radios can be modified to be able to speak on CB frequencies, but that is illegal, and they will most likely be fined and their license revoked.

The reason for that is the strict regulation on CB Radio devices. While it might sound limiting, it is actually a much more open market, One of the requisites is that the device is not easily modified to output at greater power or to transmit to frequencies outside of the CB radio band. The CB radio band itself is protected by the FCC and only certified devices can broadcast to it. Our CB devices are all FCC certified and we do not recommend tampering or modifying them as it is illegal, will likely result in fines and other damages for the user. Through monitoring illegal use, they can easily identify the company and drivers have been fired before for it.

Unlike CB radio users, ham radio users cannot freely buy a ham radio system and start transmitting out in the open. It requires studying for licensing tests, understanding different radio standards and approved methods of transmission, everyone need to be licensed. This is to ensure they do not abuse their high powered radio systems to interfere with other radio users. CB radio users don’t need to deal with that, you can swing by, buy and fit a CB radio for your vehicle and start using it instantly and legally. The FCC doesn’t require operators to be licensed, instead, the devices themself are under strict regulation to ensure they’re up to standard, and not easily modifiable to transmit to frequencies outside the CB radio frequency range

If all of them output the same power, what’s the difference?

There are three main types of CB radios -

Cb Radios are all pretty much the same in that they’re all limited to 4 Watts of power. The difference is in the features, installation and antennas.

These are the features you need to look for -

Short for National Oceanic and Atmospheric Administration broadcasts nation-wide through many local stations.
These broadcasts include Current weather and forecasts, hazard, alerts and general information 24/7. A must feature for everyone, especially on remote and open roads with no other drivers who can warn of weather hazards

Allowing you to connect your CB Radio to external speakers. It can be used for your high-volume loving self, or to be used as communication with the drivers in your surroundings. Either way, it’s loud.

eliminates static noises you hear between actual broadcasts. It’s like a rug you can sweep all that noise under.

ANL stands for Automatic Noise Limiter, it blocks unwanted noise from interfering signals or any other source that is not a proper CB transmitter, further improving the audio quality of incoming transmissions

A feature everyone should get -
fast access to the popular 9 and 19 channels. 9 is the emergency channel, while 19 is the trucker channel. It’s worth noting that in some areas 19 is for truckers on north- and southbound routes while 17 is for those on east- and westbound routes.

You can control everything just fine, but wouldn't it also be great if you could see all those knobs and controls at night? Well that's a feature, a pretty comfortable one at that.

There are many designated frequencies just outside the CB channel range. Most require license and authorization to use. Not all of them are audio based and are used for synchronization and data communication between remote devices . Attempting to transmit to them will likely result in getting cited and fined by the FCC.

To “freeband” as it’s called, hobbyists utilise amateur radio devices modified to transmit to those frequencies, or buy an export device intended for use in a different country and range. Make sure to buy only trusted radio devices and don’t modify them to be used outside the cb channel range

What are the CB frequencies?

Starting in 2021 the FCC has approved FM mode for CB radios in the US. Prior to this year, all CB's were only AM or SSB. Until FM CB's are produced in the US - AM is the still the default, dominant mode.

What CB channel is used most?

The most common CB channel by far is 19. Channel 9 is supposed to be used for emergencies, however, this has almost entirely been abandonded since the 1970's. If you need help, want to talk to a trucker, or just plan on using a CB at all - stick with channel 19.