Browse all 10 Meter Radios, CB Radios, and Handhelds for sale. We offer various brands of CB and 10-meter radios for sale, including Cobra, Uniden, Midland, Galaxy, Stryker, Connex, Ranger, General, Magnum and More!
Do you have questions about which CB radio to buy? Are you confused about features like talkback, sideband, and echo? Do you need help figuring out which radio would best fit your needs? Call us with your CB radio questions. We have been selling, repairing, and installing CB radios for over 30 years, Walcott Radio employees are well versed in the differences and features that can make the daunting task of choosing a more simple prospect. We know everyone wants to get out and hear well, so try to phrase your needs as specifically as you can so we can point you in the right direction. Don't forget the importance of your antenna system, and the impact of SWR on the health and longevity of your CB radio. Take advantage of our expertise, because we want you to make an informed decision that will hopefully last you many, many years of use.

What purpose do CB radios have in the cell phone age?

Think about the last time you were stuck in traffic, and you have no idea what was going on ahead. You're stuck moving at 5 mph without knowing the reason why, or how long you should exepect to wait. CB's give you access to a local network of people, people who you couldn't call on your phone because you don't know them, but people who for miles and miles would have been telling everyone with a CB to take the previous exit because of the accident ahead. You cannot get this on a cellular phone.

How much should a complete CB system cost?

An average price for a CB radio, antenna, mount and cable will usually be around $200, give or take. There are many options, so complete systems will vary quite a lot from as low as $70 to well over $1000. For most people, expect to spend between $50~150 on the radio, and around $30~100 on the antenna system.

This control, found on most radios, affects your receiver sensitivity. Normally, you want to turn your RF gain control all the way to the right so you can hear other CB's as far away as possible. Sometimes, you don't want to hear the people far away as you are having a conversation with someone close by, this is when it's a good idea to turn the RF gain down. If in doubt, turn it up all the way!

Your microphone gain, also known as dynamic mic gain control, is used to adjust the volume of your transmitted audio. Basically, this controls how loud you sound when talking. Generally speaking, you should keep the mic gain turned up as high as you can. A good range is between the 12:00 position, and full right. If anyone says you're too loud, turn this control down. If they say you're quiet, turn it up.

Upper sideband and lower sideband, also called single sideband, is a mode found on some radios. This mode is not commonly used by truck drivers or casual CB'ers. Unless you are planning on making CB a hobby or plan on getting your HAM license, you do not need a radio with single sideband.

$45980
Item: LINCOLN_BASE
Get a complete Base Station system with this package. Everything you need for a ready to go, high performance 10 and 12 meter radio system. Select the Peak option for 11 meter frequencies.

$14995
Item: 29LTDCHR
29LTDCHR - Beautiful Chrome Case With Stark, Black Faceplate Illuminated By Clear Blue Lights. One of the best radios ever made, now with chrome!

Sale $17577
$182.80 Save $7.03
Item: JEEPKIT-JK-ST
Get your Jeep Wrangler up and running with the complete CB package! Easy to install and great for off-roading.
Favorited

$19995
Item: DX959B
DX959B - Single Sideband Plus A Large Easy To Read Auto-Calibrating SWR Meter means you get a lot in this popular CB radio.

$11995
Item: 29LTDCLASSIC
29LTDCLASSIC - THE Classic Cobra 29LTD - The History Of A Great Radio Continues. Full-featured CB Radio with the design that give it the "classic" name. 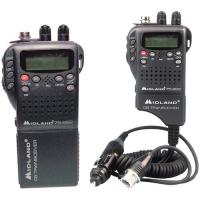 $9995
Item: 75822
75822 - This Two-In-One CB Radio Is Portable And Lightweight and can be converted to a mobile radio with a magnet mount antenna (sold separately). Weather radio built-in to keep alert on changing weather conditions. 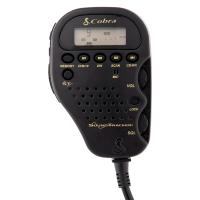 Sale $33495
$399.95 Save $65.00
Item: BEARTRACKER885
BEARTRACKER885 - Who Says You Can't Have It All? A Full-Featured CB Radio WITH A Built-In Scanner Radio. Keep fully informed what is happening around you. With the Beartracker function it alerts to nearby highway patrol. 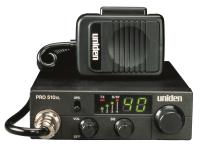 $12995
Item: 29NWCL
29NWCL - The Classic Continues With Lighted Faceplate Instant Channel 9 / 19 switch makes this a favorite of escort vehicles and others that toggle between channels often.

Sale $11985
$126.85 Save $7.00
Item: HARVESTER_KIT
This Is A Guaranteed To Work CB Radio System For Your Combine, Tractor Or Any Fiberglass Bodied Vehicle. Special No-Ground System designed just for you. Upgraded with taller antennas for higher performance.
Favorited 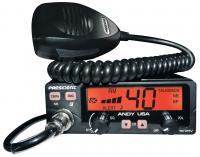 $7995
Item: 510PC36
510PC36 - Quick, No Installation Required CB Radio Package Just Plug Into Lighter Socket. This is our 1st choice if you need a CB Radio, but don't want to do an installation. Fast, Easy, and the price is right!
Favorited 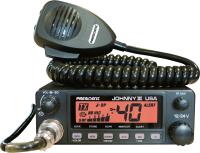 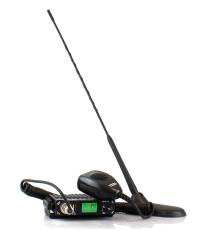 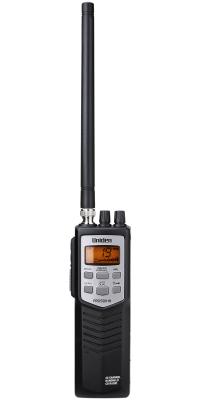 $9995
Item: PRO501HH
PRO501HH - All New From Uniden - The Leader In Handheld CB radios The 501HH has an awesome array of features and durability.