We have various SWR power meters that detect forward, reflected and VSWR power. Use it to detect frequencies, power rangers & switch from RMS or peak power.

SWR Meter - a must have

The Standing wave ratio determines how good your reception and transmission will be. A perfect ratio is 1:1, the maximum acceptable ratio in CB is usually 2:1. If you listen to a 1:1 aligned radio system and a 2:1 or more you will hear an obvious difference in quality. It’s important to keep your radio system aligned not only for the quality though, a bad ratio can hurt your radio device in the long-term, sending it to an early retirement if you don’t take care of it.

Test your mobile CB radio with an SWR Meter

Move your vehicle to open ground. If you have instructions that came with your specific meter device follow them. Try not to have any physical barriers such as walls or trees around you. If the ratio isn’t good, try changing your setup. Sometimes you will need to change the length of the antenna, try to do it in ⅛ increments. Try to move your antenna around, make sure it’s grounded well. This is the most important part of your configuration, determining the final position of your antenna and cables. Try not drilling anything in before you do this.

In short, SWR meter is required to:

Many ham radios already have built in SWR/Power meters along with other features. Consider your setup:

The SWR Meter for VHF tends to be a more advanced device, with power meters feature, different sensors and connectivity. These are intended mostly for base stations in ham radio configurations and come with a price. You cannot compare them to the minimal needs of CB radios who are on the HF band.

not sure what to get?

What’s the best SWR Meter for your CB

Consider small meters for Standing wave Ratio. You can also connect that device to your lighter plug or to the fuse-box. Permanent In-line meters would be the easiest to install, if you compare them to equipment you only connect temporarily for check-ups

For ham radio there are many different configurations and testing equipment, usually they also include built in power meters to measure transmissions. if you’re not sure what device to get for your configuration. Try to compare the features these products have, call us or send us a message and we’ll help you choose the best product for your setup. 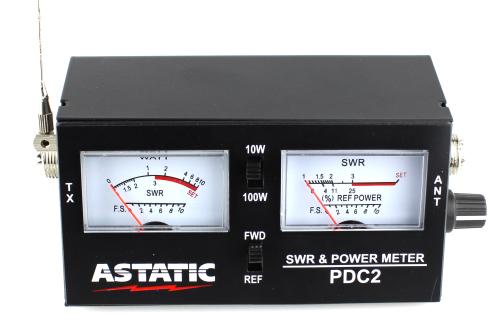 The PDC2 SWR Meter / test instrument is a compact 3-function test meter product designed to indicate the condition of any 52 ohm antenna and antenna coax used for CB radio operation. 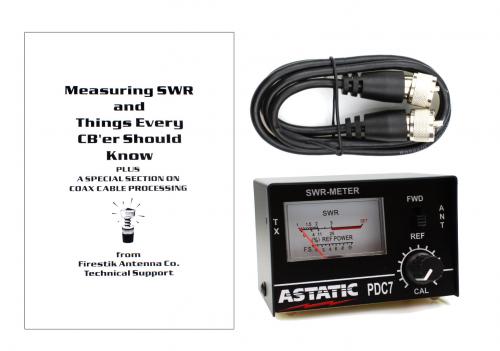 "Is My Antenna System OK?" Stop Guessing with this SWR Test Kit. Includes meter, 3ft jumper cable and measuring SWR book. Complete SWR package includes a compact meter, a short 3 foot coax cable to connect the meter to your CB and an SWR booklet from Firestik 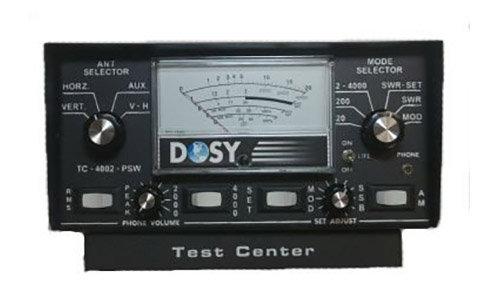 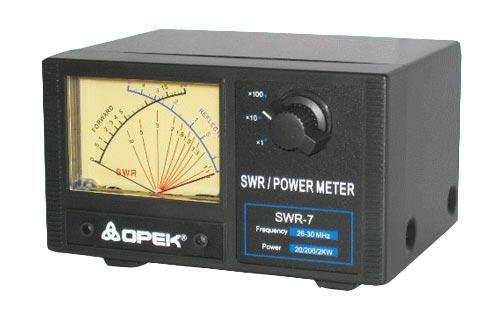 Compact SWR and Power meter with a large, cross-needle display for CB and 10 meter radio frequencies. 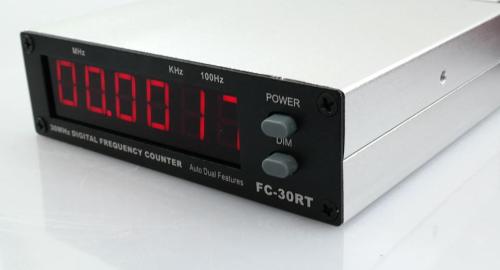 RED These FC30 frequency counters are easy to use, easy to see, and easy to mount devices. Comes with a dim button on the front to tone down the LED lights 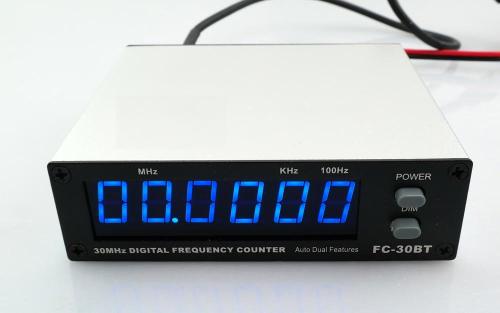 The FC30 frequency counters are easy to use, easy to see, and easy to mount devices. The 6 digit display is bigger than most displays we've seen, making it easy to read from a distance. Comes with a dim button on the front to tone down the LED lights 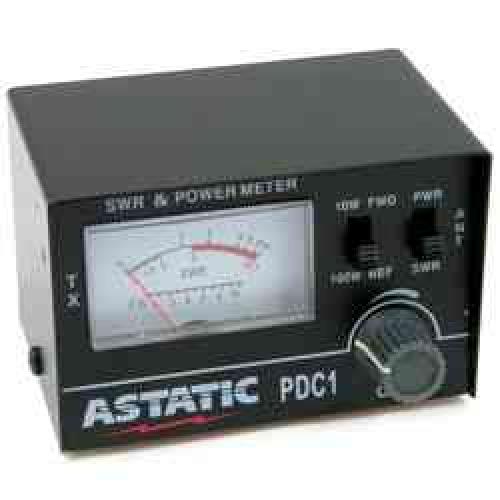 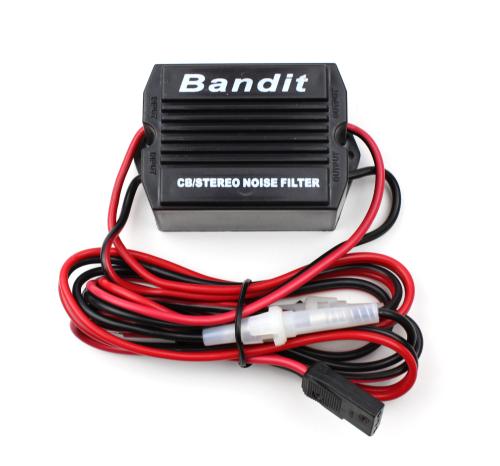 Will This Work? - Try This Simple Test! While hearing the noise you want to filter, unscrew and unplug the coax antenna cable from the back of your radio (don't transmit!). If the noise is still there, the filter should work. If is goes away, you are receiving noise as a signal. Power line filter product used to remove unwanted RF (engine noise, inverter noise, other electronic interference) from your CB radio or stereo. 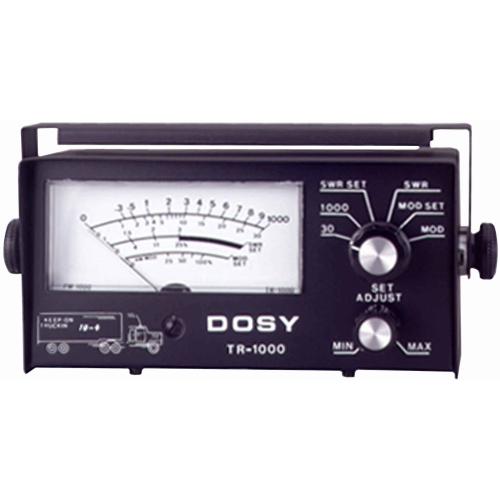 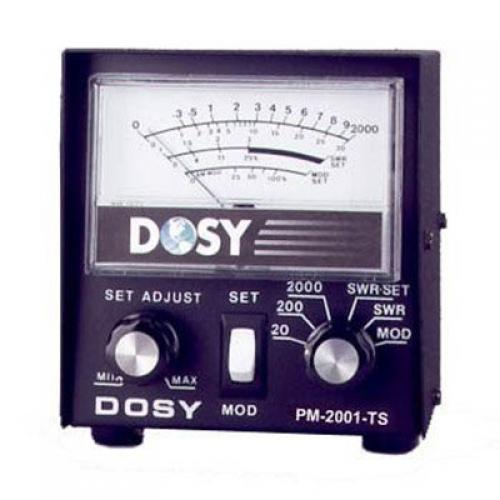 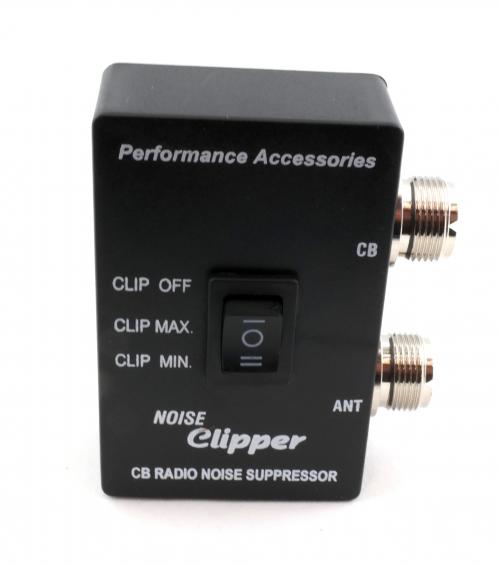 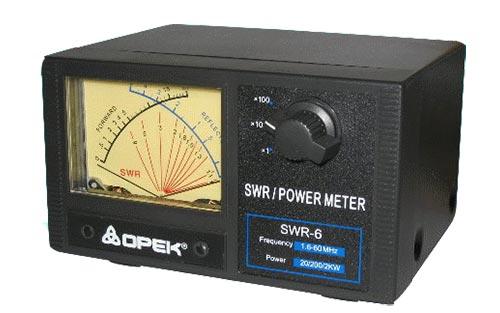 The OPEK SWR-6L is a compact SWR and Power meter product designed for operation in the HF band, including CB Radios. The LED illuminated display makes for convenient night-time usage. Accurate within 5%.

Will This Work? - Try This Simple Test! While hearing the noise you want to filter, unscrew and unplug the coax antenna cable from the back of your radio (don't transmit!). If the noise is still there, the filter should work. If is goes away, you are receiving noise as a signal. This device lets you filter out unwanted RF interference, static, or noise with this power line filter. Rated up to 20A this filter will work with radios that output up to 100 watts PeP. 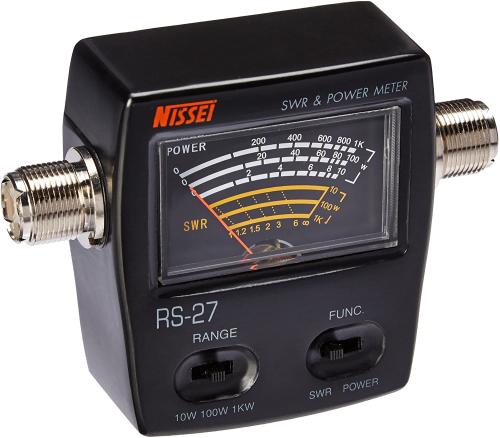 Super compact, easy to use SWR and power meter installs quickly in-line between your radio and antenna. No calibration need for the SWR meter function. Small in size SWR and Power Meter with low insertion loss allows it to be permanently connected. 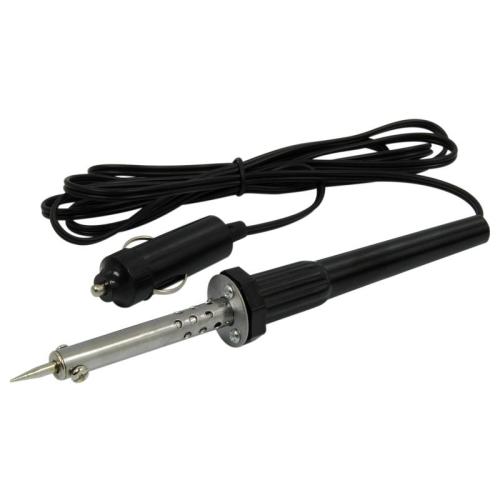 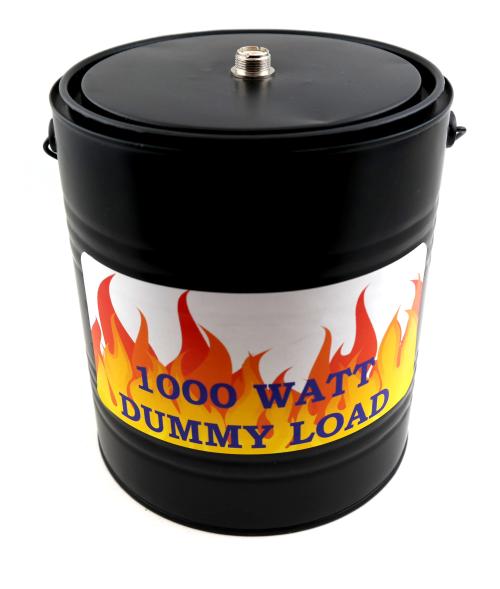 Test Your Radio WITHOUT Testing The Neighbors! Transmit into this dummy load instead of your antenna for accurate wattage measurements. 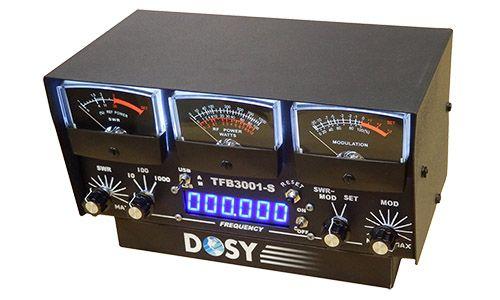 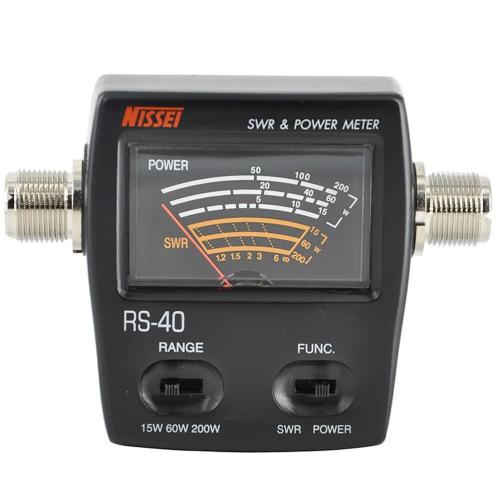 Super compact, easy to use SWR and power meter installs quickly in-line between your radio and antenna. 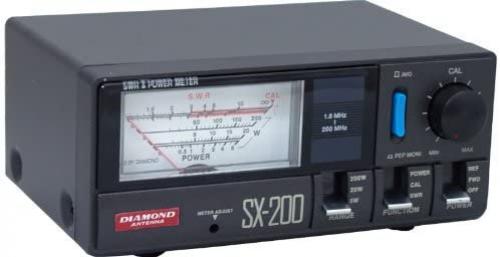 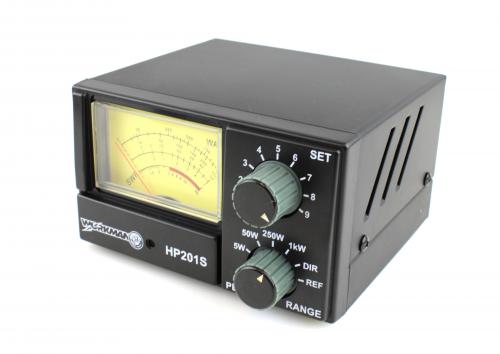 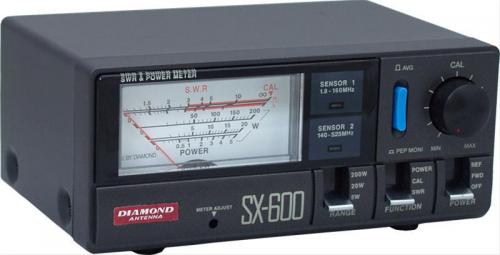 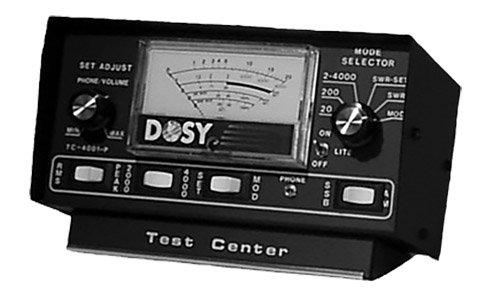 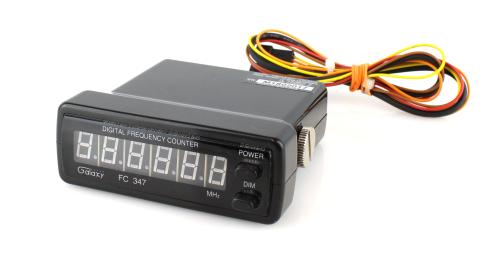 Didn't Get a Frequency Counter In Your Radio? - Easily added to your radio with a simple plug in - On radios equipped with a jack on the back. Universal frequency counter which indicates the frequency of the selected channel. It is designed for use in CB and amateur radios. 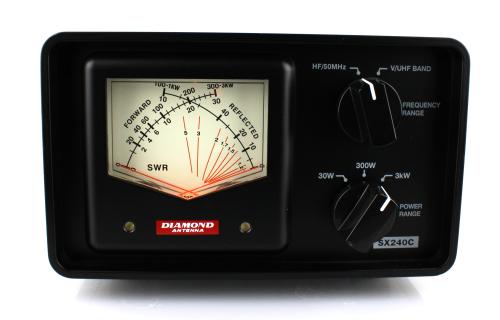 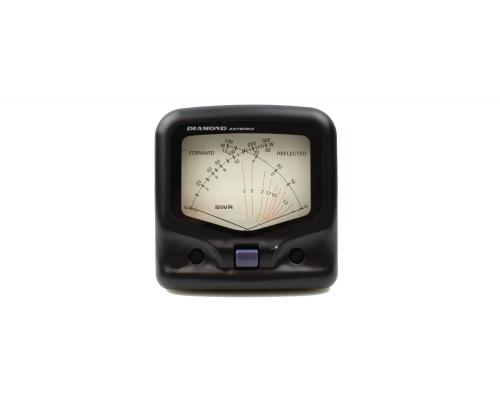 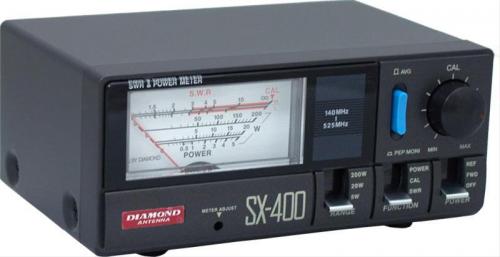 Diamond antenna SX400 SWR meter for 140-525 MHz bands. The SX-400 is an insertion type SWR / Power meter being connected between a transmitter and an antenna. 12VDC power required for operation. Power cord included. 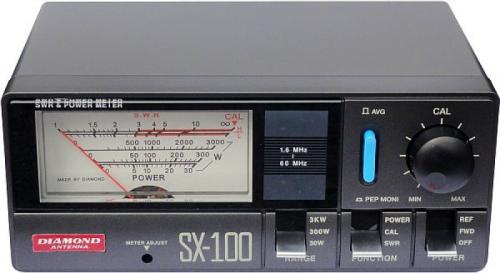 Our selection of base meters helps you read SWR, RF, Peak and RMS power ranges. Choose the model that will work best for your CB or 10-meter radio. All these CB SWR meters can be connected to a 12V power source for illuminated meter display. Dont forget to check out our power cord and replacement fuse options for our CB radio SWR meters.
Shop
My Account
Customer Service
Company Information
Hours & Location
​
Copyright 2021 Walcott Radio
Visit our Store! 2940 N Plainview Rd Walcott, Iowa 52773 USA
​